The Contra Costa Special Districts Association (CCSDA) beginnings date back to 1989, when Chuck Beesley, former General Manager of the Contra Costa Mosquito Abatement District, and Bob Berggren, General Manager of the Pleasant Hill Recreation & Park District, began discussing the need for an organization of a local association of special districts.  There were four primary reasons that such an organization was needed. First, independent special districts throughout the state were fighting the general public’s mindset that local government was comprised only of cities and counties.  Second, it was common for newly formed redevelopment agencies to transfer property tax growth revenues away from special districts within their boundaries.  Third, few citizens recognized that special districts provided them with essential public services.  And, fourth, in Contra Costa County, the Board of Supervisors was unwilling to work with local special districts regarding the Special Districts Augmentation Fund (SDAF).  Local supervisors were refusing to pass money back to their source as most other counties were doing.

The Special District Augmentation Fund – (Repealed in 1993-94.)  In 1978, the Legislature established a fund intended to provide a locally administered program of financial assistance to special districts.  For the 1978-79 fiscal-years, the Legislature appropriated $192 million to assist special districts in meeting their service needs.  This was following the loss of property tax revenue, as a direct result of the passage of Proposition 13. These funds were allocated to the special districts by each county’s Board of Supervisors.  They had been intended for independent districts within each county and for each city council to be used for subsidiary districts.  Only Contra Costa and Orange Counties were found to be in “non-compliance” during special hearings at the state level, according to Legislative Advocate Ralph Heim, of Sacramento.  At that time, he was representing CSDA and other similar state-wide organizations.  The fund was developed because, during the initial crisis caused by Proposition 13, the State had more than sufficient funds, while local governments were suffering from the property tax cuts.   Ralph reported that Contra Costa County had developed the Sheriff’s Department into a “special district” and was funneling all of this county’s SDAF revenue to that single use.  Following the hearings in the State Legislature during 1979 and 1980, this practice was ceased and the monies were returned to their rightful owners.

Beesley and Berggren contacted leaders of the handful of independent special districts operating in Contra Costa County.   The organizer’s question was: Were they interested in working together on common causes and gaining public awareness?  Six districts sent representatives to a first meeting at the Contra Costa Mosquito Abatement District’s headquarters in North Concord.

The fledgling group sought the help of other special district associations already existing within the state.  Using information from this source, the group soon hunted for help with bylaws and other organizational procedures.  The largest source of assistance came from CSDA.   Later, the Contra Costa Special Districts Association (CCSDA) became a fully recognized local chapter of the state-wide CSDA.

During its first year in existence, CCSDA elected Chuck Beesley as its chair and Bob Berggren as vice-chair.

For several years, the association met quarterly at various locations throughout East, West, and Central County.  When it became evident that a consistent meeting location drew better attendance, the group began assembling regularly at the Pleasant Hill Community Center, where it meets today.   This location was preferred due to its central location in the County.

From its earliest days, CCSDA sought the help of state legislators to establish credibility for the organization.  Two former legislators were especially active on CCSDA’s behalf.  They were Richard L. Rainey, former Sheriff of Contra Costa County, who served in both the State Assembly and State Senate during the 1990’s; and former District Five County Supervisor Tom Torlakson, who succeeded Rainey in the Senate.  (Mr. Torlakson had served as an Assemblyman, during the time that Mr. Rainey was serving in the State Senate.)   (Mr. Rainey also spoke to other State Associations, one of which was the California Association of Public Cemeteries (CAPC)).  Ro Aguilar, legislative advocate for the East Bay Regional Park District, was another key player in the early days of the CCSDA, by keeping members abreast of legislation that affected special districts.

This brought public attention to special districts that they were now “a player, politically”.  And, it enhanced recognition of special districts as these agencies now had influence in land use decisions.  During that 1992 meeting, a huge group of special district representatives met at Contra Costa Water District offices in Concord.  They elected CCSDA’s first two commissioners to the Contra Costa County LAFCO.  David Jamison, from Contra Costa Mosquito and Vector Control District, and Dwight Meadows, formerly a director for Ironhouse Sanitary District and a current member of Contra Costa Resource Conservation District Board, were chosen.   Sue Rainey, from Central Contra Costa Sanitary District, was elected Alternate.  Initially, the terms were staggered so that representatives could be elected in rotating years.  Each seat is a four-year commitment.

As an unintended consequence, the election also changed the demographics of the CCSDA membership.  Originally, board member participation was minimal.  Since the Cortese-Knox law allowed only board members to vote for and participate on a local LAFCO, District board members became more involved in the CCSDA.  Thus, the organization now is more of a balance of board and staff representatives.

Over the years, CCSDA also gained influence at the state level. Chuck Beesley was elected to the state-wide CSDA Board and eventually served as its President from 2000 to 2002.  Sherry Sterrett, board member of the Pleasant Hill Recreation & Park District, also served as CSDA President from 2004 to 2006.

She was president of the Association of California Water Agencies (ACWA), a statewide organization that represents approximately 90 percent of the water delivered in California, and is past chair of ACWA Region 5. Ms. Boatmun is a member of ACWA’s Past Presidents Council.

In March 2001, Ms. Boatmun was honored as the California State Assembly’s “Woman of the Year” for the 11th Assembly District. Ms. Boatmun was also selected as Public CEO’s Special Districts Official of the Year in March 2011. In 2013 she received the Hollingsworth Award of Excellence, which recognizes individuals “who exemplify what it means to go above and beyond the call of duty and advocate extensively both for California Special Districts Association (CSDA) and special districts.”

Bette Boatmun served as the Contra Costa Special Districts Association Chair from 1997 to 2018. .She has a long history of promoting and service to special districts. Bette has been an active member of CCSDA since its beginning and is quoted as saying “We started small and local, exactly following the premise that all politics is local. After successfully defending our revenue, the association grew in size and influence.  Today, there is ample recognition that special districts are indeed the third leg of local government.” Stan Caldwell became chair and prseident in 2018. 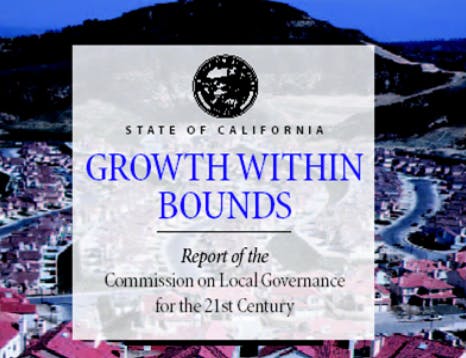